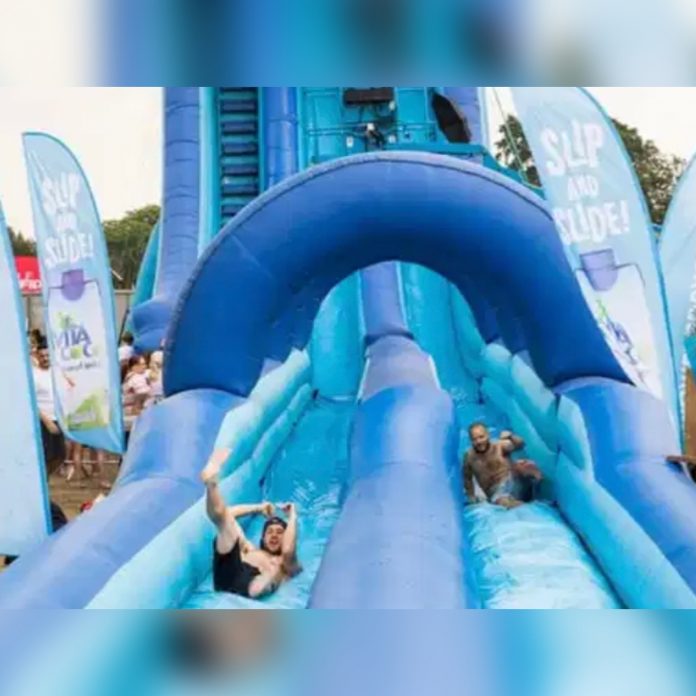 Ultimate Slip N’ Slide had to stop production after several crew members came down with  explosive diarrhea. The new show was ready for contestants to compete for prizes and money around a classic backyard toy.

They got more than they asked for. Many of the 40 people contracted giardia, a parasite germ that is found in water. It also contains spectacles of feces.

The show is going to have a 60+ foot yellow Slip n’ Slide. Competitors will slide down and then perform a move while avoiding other obstacles on their way.

The show will probably finish up production when everyone clears their system out.

There may need to be procedures in place to ensure people aren’t consuming tiny poop bugs while trying to win.