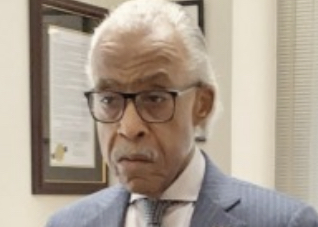 Rev. Al Sharpton is filing for divorce after being separated from his wife for nearly 17 years.
He turned in his divorce papers Thursday in New York City.
Rev. Sharpton was introduced to his wife Kathy Jordan white touring with James Brown back in the 70s. Kathy was a back up singer for the late James Brown.
Rev. Sharpton has been in relationships with several women over the timespan of the 17 years they have been separated. He has been with Aisha McShaw, his present girlfriend, for the last 7 ½ years.
Rev. Sharpton has two daughters by Kathy. Both daughters are now adults.
At this time we do not know if Sharpton or his wife is seeking any spousal support.