A man was arrested in DeSoto, Texas hours after shooting and killing his ex-girlfriend at a home near Amarillo.

Around 5:11 a.m., Amarillo Police Department responded to reports about a woman with gunshot wounds. Police arrived at the 7200 block of Athens Street near Amarillo. They found Shereena Ann Webster, 36, dead at the scene. 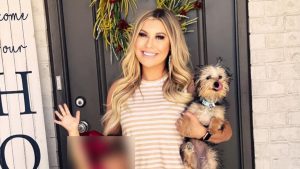 Webster’s 5-year-old daughter found her and called her grandmother for help, and she notified the authorities, according to police.

Police identified the suspect as Erik Mitchell Rivas, 32, and immediately put out a BOLO once they figured out, he left town.

Police later found Rivas in the south of Dallas and arrested him. He was taken into custody on a murder charge and bond is set at $500,000.

Webster and Rivas had dated for several years and recently had broken up. Webster was planning on going out of town to Colorado with a “romantic interest,” named Samuel Amador, according to Webster’s mother.

Amador gave Amarillo Police messages of Rivas treatnening to kill him the day of the murder.

Rivas told Amador in the messages that he would “smash him, kill him and that if he came near Shereena, that he would make sure Amador did not take another breath.” He also said he wished amador was closer “so he could shoot him”.