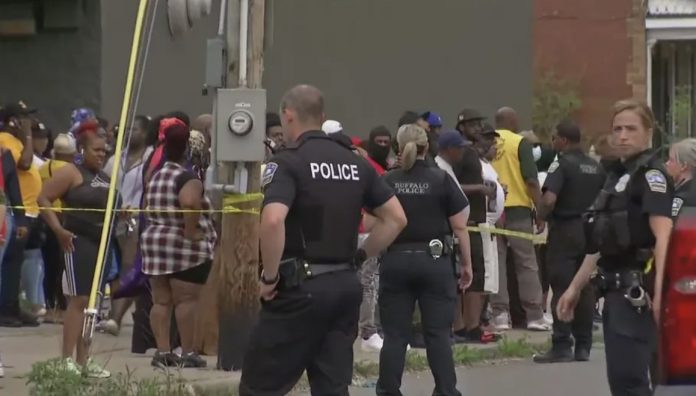 On Saturday afternoon, 10 people were confirmed to be dead after a mass shooting occurred in a supermarket in Buffalo, New York. Authorities say that three other people were wounded. One of the dead is a retired Buffalo police officer who was a security guard at the store.

The shooter has been apprehended.

Close to 2:30 p.m., an 18-year-old, white male, wearing military-style clothing went inside of a Tops Friendly Market on Jefferson Avenue. He then began to shoot his rifle.

Authorities retrieved two rifles from the scene of the crime. The shooter had a camera, and authorities are working to determine if he live streamed the incident.

A motive for the shooting is unknown.

“I am closely monitoring the shooting at a grocery store in Buffalo. We have offered assistance to local officials. If you are in Buffalo, please avoid the area and follow guidance from law enforcement and local officials,” stated New York Governor Kathy Hochul.