Two Drivers Killed in Wrong-Way Crash on PGBT in Rowlett

At least 14 people, including children, were injured as a drive-by shooting occurred on Halloween night, on the west side of Chicago.

There haven’t been any reports of fatalities at this time, but the injuries range from non-life threatening to critical wounds.

Reports indicate that the youngest victim is three years old. An 11 and 13-year-old were also struck by gunfire. The rest of the victims were adults, ages 30 to 50.

Authorities added that a woman tried to run away from the scene but was hit by a car as she crossed the street. She was placed in the hospital in fair condition.

The Chicago Fire Department noted that at least 10 ambulances arrived to the location, and victims were taken to different hospitals in the city.

The shooting, that took less than 3 seconds, happened at about 9:30 p.m. and was captured on a surveillance recording.

Police Chief David Brown stated that a group was gathered close to an intersection in the Garfield community when a vehicle pulled up. Someone then began shooting as a possible balloon release was taking place.

Initial probes of the investigation show that there may have been two shooters.

No motive is known at this time. Additionally, authorities aren’t sure if the incident was retaliation or gang-related. There also isn’t any description of the suspect vehicle or a suspect at this time.

Authorities have said that a $15,000 reward is being offered for details that lead to the arrest of the possible offender(s). 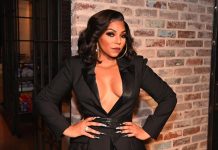