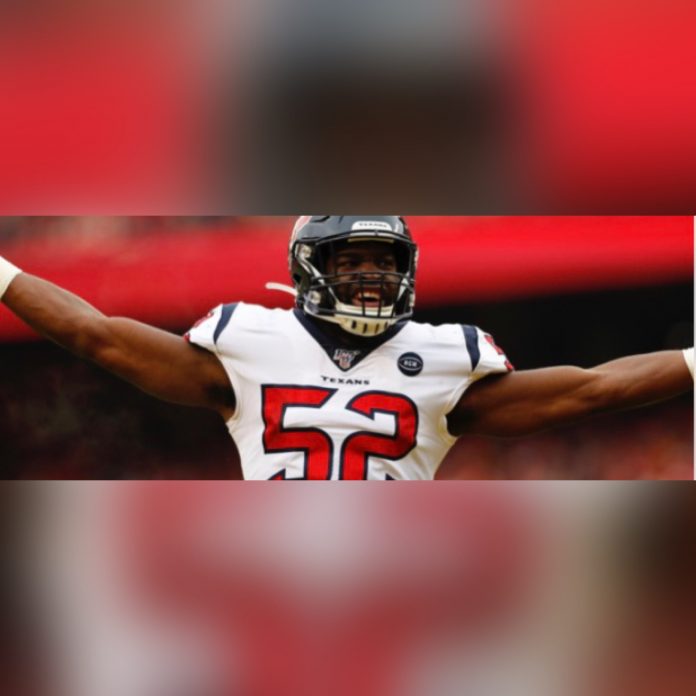 Atlanta Falcons linebacker was arrested Thursday and accused DPD having sexual with a child.
Barkevious Mingo,30 was charged with child indecency.
He turned himself into police during questioning with his attorney and was later released on a $25,000 bond.
She to the age and nature of the incident, no further details could be released.
The Atlanta Falcons released a statement saying, “Our organization became aware of the allegations involving Barkevious Mingo today and is currently gathering information on this incident. The Falcons take the allegations very seriously and will continue to monitor the situation.”