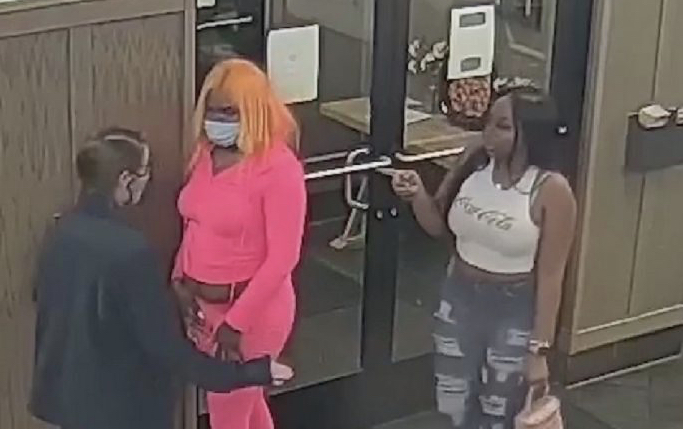 Atlanta police are searching for a group of angry women that tried to climb in the drive thru window and throw bricks at a Chic- Fil-A.
The incident took place on Monday at a Chic-Fil-A on Roswell Road when two women entered the store and was told the dining area was closed due to COVID-18 restrictions.
The women became upset and began arguing with the employees.
The women eventually left but returned back to the restaurant with two other women through the drive thru.
One of the women tried to climb in the drive thru window while the others threw bricks.
The incident was caught on surveillance video and the employees contacted police.
When authorities arrived the women had already left in a white Jeep Cherokee.
Although none of the employees were injured the store was damaged.
The responding Officer Anthony Grant said, “We want good witnesses, not heroes. So, if you are in an event where you can get to a phone and call 911, which the employees at the Chick-fil-A did, which was the right thing, the appropriate thing. Call 911.”