A 24 year old woman is in custody for the murder of Beyond Scare Straight Ashley Tropez.

On August 26, Victorville PD responded to a call regarding a deceased body inside an abandoned residence on the 16600 block of Victorville. 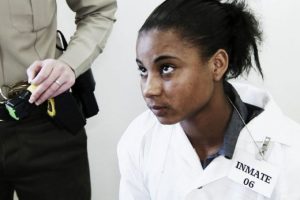 When they arrived they found the victim, 24 year old Ashley Lopez, with traumatic injuries.

It is believed that Ashley and the suspect 24 year old Alexis Call may have been squatting at the residence.

During investigation 24 year old Alexis Call was identified as the suspect. She was arrested and booked into High Dessert Detention Center.

Tropez appeared on the A&E Beyond Scared Straight Program in 2011.