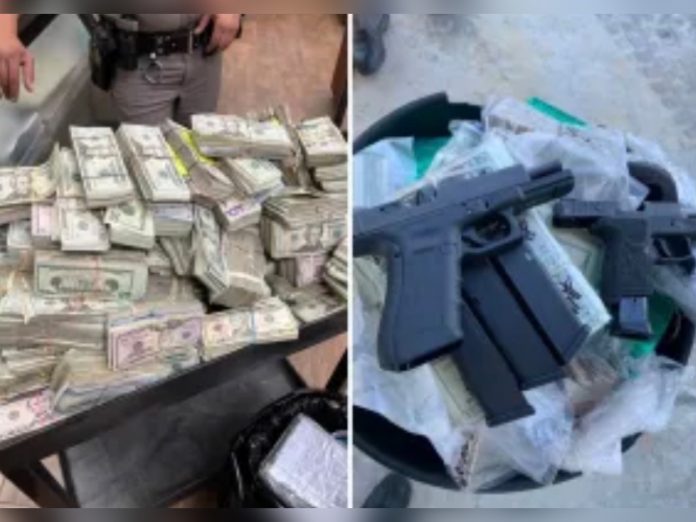 A Dallas man was arrested in Brooks County last Wednesday after authorities found more than $1.5 million in cash hidden in his 18 wheeler.

Miguel Martínez-Navarro,43 was pulled over for a traffic violation on November 17, around 7pm on US Highway 281.

During the traffic stop, authorities found 56 packages of US currency totaling $1,530,067 and two guns hidden inside the semi-trailer.

Miguel Martínez-Navarro was arrested and charged with money laundering.