On Tuesday, opening statements and testimony started in the trial for one out of three men. This case is in relation to the murder of former Carter High School attendee and ex-NBA player, Andre Emmett.

Larry Jenkins is facing capital murder charges and has pleaded not guilty.

37-year-old Emmett was shot on September 23, 2019, as he was robbed while eating Whataburger, in his vehicle. He had been in his driveway at his East Dallas residence, close to Lower Greenville, authorities say. 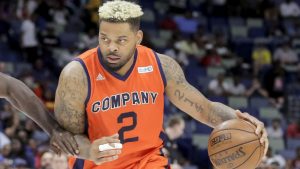 Emmett was later transported to a medical facility where he was declared deceased.

On Tuesday, Jenkins’ lawyer told the court that everything began with Michael Lucky and Keith Johnson. He added that Jenkins had just gotten caught up in the incident. In December 2019, Lucky and Johnson were formally charged with capital murder.

Authorities in Dallas had shown home surveillance footages that depicted nearly 12 gunshots being heard and that was played in court on Tuesday. It also revealed Emmett exiting his vehicle and fleeing.

A witness testified that he dialed 911 after he observed Emmett being injured. First responders later discovered Emmett, a short distance from his residence.

Regina Oliver, Emmett’s mother, testified that she had gone to her son’s residence on September 23, to drop off his daughter, her granddaughter. She said that she contacted authorities after seeing that the door to his Range Rover was open, and his cellphone was in there.

Oliver became visibly upset when she was shown images of her son as she was testifying and when the home surveillance footages was provided to the court.

Officers and crime scene detectives stated that they gathered evidence from two crime areas that were nearby. This was where Emmett was discovered and the driveway of his residence where police say the robbery happened.