A man was shot and killed by a woman who he stopped and assisted as she pretended to be a stranded driver.

22-year-old Adam Simjee, from Apopka, Florida, is said to be the victim. 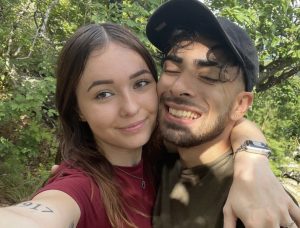 The incident happened on August 14, in Clay County, Alabama. Then, Simjee and his girlfriend, Mikayla Paulus, 20, had stopped to give aid to a woman who had said her car was broken down. The pair had been students at the University of Central Florida and had been traveling through Talladega National Forest.

That’s when the woman, Yasmin Hider, got their attention. She took out a gun on them and demanded that they walk into the woods. Authorities say that Simjee pulled his own firearm, as well, and they both fired their weapons.

Hider was shot several times in her torso as Simjee suffered a gunshot wound to the back. Paulus tried to administer CPR. However, Simjee died a little while after.

Police think that Hider may have been residing in the national forest and was said to be “armed and potentially violent.”

She was transported to a medical facility and underwent surgery for her wounds. Hider has been charged with murder, kidnapping, and robbery.

Paulus told police that another woman had also been there but ran when Hider screamed for help. She, 36-year-old Krystal Diane Pipkins, was later located, close to tents, holding her 5-year-old son and a firearm. She has been charged with murder, kidnapping, robbery, and endangering the welfare of a child.