Because of what is believed to be a result of a TikTok challenge, Raymond Chaluisant, 18, was shot in the face and died, authorities say. 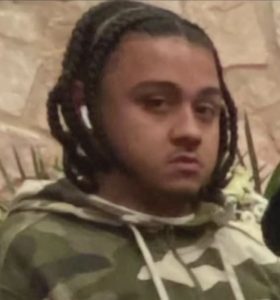 Officers were dispatched to the scene at the corner of Grand Concourse and East Tremont, in the Bronx, NY, just after 1:30 a.m., on Thursday.

Chaluisant was then discovered unresponsive with a gunshot injury to his face. He had been in the passenger seat of a car. The location was about a half a mile from where authorities believe that he was shot. Chaluisant was transported to a hospital where he was declared deceased.

Authorities later stated that off-duty correction officer Dion Middleton, 45, is the person who shot the teenager. Investigators are looking at the incident in relation to an Orbeez gun located in Raymond’s vehicle.

Orbeez guns are upgraded water guns that allow users to shoot bead pellets, that contain water, at their opponent. The fake guns are toys for kids. However, because of a TikTok challenge, they have gone viral where people use them to shoot others.

The Orbeez challenge urges kids to shoot the beads. A lot of videos depict teens shooting the water beads from vehicles as they are moving.

Right now, police don’t have any proof that Chaluisant fired the fake gun at the correction officer. However, Middleton drew a real firearm and shot. He is said to have gone to work as usual and never reported the incident.

Middleton was apprehended after a camera recording revealed the shooting. He faces charges of murder, manslaughter, and criminal possession of a weapon.

Middleton has been a correction officer since 2003.

The night after the deadly incident, NYPD warned about the Orbeez guns. They noted that they are ultimately air rifles which are illegal.