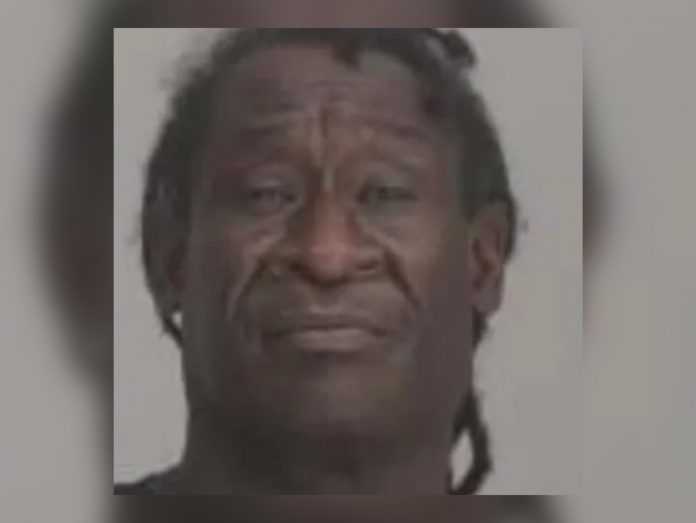 Around 9:53 a.m. officers responded to a call regarding a man with a weapon call in Dallas on the 2500 block of Hudspeth Avenue.

The victim told officers that 60 year old Jerome Stevenson shot an AK style rifle at them.

When officers arrived to the scene they found Stevenson’s son along with another juvenile standing in the front yard.

They then saw Stevenson standing in the front doorway holding a black rifle pointed in their direction. The officers asked Stevenson to drop his weapon multiple times but he refused.

An officer then fired his department issued weapon towards Stevenson striking the door frame. The suspect then dropped his weapon and was arrested.

No one was injured at the scene. Officers arrested the male and took him in for questioning.

During questioning Stevenson told officers he had a fight with family members and had discharged his weapon two times at the ceiling.

Officers also said the original caller called 911 back and stated that the shooter did not shoot at them but at the ceiling.

Police then got a search warrant for the residence and found the two bullet holes in the ceiling consistent with Stevenson’s statement.

He was arrested for discharging a firearm in certain municipalities.