The Dallas Police Department stated that they are looking into a matter of a so-called challenge coin made by a white officer. The leader of the Dallas Black Police Association has said it is “racist.” 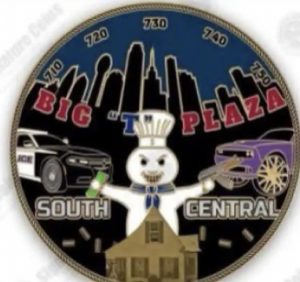 The chief of police said that he doesn’t agree with it, and the officer is suspended and being investigated by internal affairs.

Challenge coins are normally commemorative and are utilized by many organizations, but mostly law enforcement, to increase the culture and create bonds amongst each other.

Eddie Garcia, the police chief of DPD, had stated that the design gives the department a bad reputation.

It shows a drug dealing character as “dough boy” who is in possession of an assault rifle, cash, and has gold teeth. It also contains a car with big gold rims facing off with a Dallas PD car.

The coins were put together by a white officer in the South Central Division.

It also contained the words “Big T Plaza” which is a shopping center in Oak Cliff that mainly caters to black customers.

Many believe that the coins create a bad perception of the community as a whole.

The coin design was posted to social media to see if other officers liked it. It has since been taken down.

The police chief said that he has no knowledge of the coins ever being made.