On Thursday, a Brooklyn father was killed by his transgender daughter and a sister was stabbed.

Authorities say that 22-year-old Nikki Secondino admitted to the brutal attacks of Carlo Secondino and her sister Liana who remains hospitalized.

“I came out of the bedroom. My father was sitting on the couch. I hit him on the head with a hammer. Then I reached for my favorite German knife and stabbed the s–t out of him,” Nikki told police. 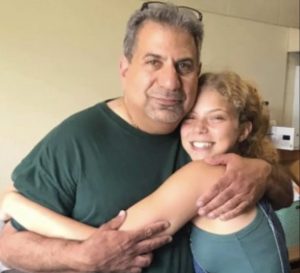 She added more details about what happened when her sister attempted to intervene. This included inflicting stab wounds to her back, head, and stomach.

“I wanted them dead. If I would have seen the 911 caller, she would have been next,” Nikki said when referring to the neighbor who contacted police.

“I didn’t plan it. I didn’t have to. I don’t remember where I put the knife. I am sure that they will find it,” she continued.

Nikki is facing murder and attempted murder charges although she had first told police that someone had broken into the home.

She stated that the burglars demanded all of the money in the home. They also demanded a safe that police later learned didn’t exist.

Authorities still aren’t sure what Nikki’s motive was for killing her father and trying to kill her sister who remains in critical condition.

Previous reports indicate that the Secodino family has had previous dealings with authorities. In July, Nikki was granted a restraining order against her dad and sister, claiming that her sister had attempted to kill her.