A day care owner in Baltimore, Maryland, has pleaded guilty to shooting her spouse in July, following abuse allegations of at least three children at her learning center.

Reports indicate that in the plea deal, prosecutors requested a two-year sentence and then probation.

On July 21, she shot James Weems, her husband and an ex-Baltimore County police officer. This occurred at the Mandarin Oriental Hotel in Washington, D.C. 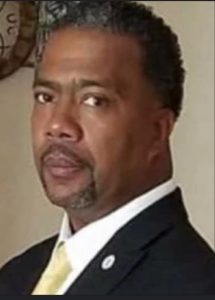 When authorities arrived to the scene, they discovered James Weems with a gunshot injury.

“He’s a child molester,” Weems told police when they got to the hotel room.

It was said that she told officers that she and her spouse had been married for five years, and several parents of children at her center had claimed that James Weems had abused their kids.

When she confronted her husband about the matter, it resulted in a disagreement. Then, as he walked in her direction, she shot him, she told authorities.

On October 19, Shanteari was indicted for aggravated assault knowingly while armed. Possession of a firearm during a violent crime, resisting arrest, and carrying a pistol without a license was also noted.

Shanteari Weems will receive her sentence on Feb. 3, 2023.