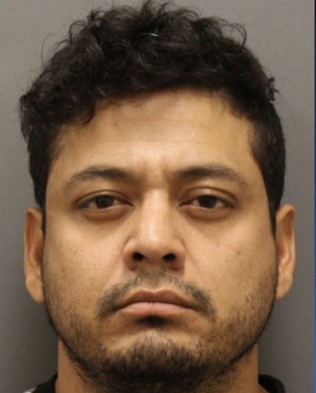 Denton police seized over 596.3 pounds of liquid methamphetamine during a routine traffic stop Thursday afternoon.
Officers pulled over a black GMC Envoy for a broken brake light near interstate 35 and during the stop they noticed some unusual looking containers inside the vehicle.
Officers contacted the K-9 unit out who gave a positive indication to drugs being inside the vehicle.
Officers found 12 plastic containers inside containing a liquid substance inside.
They performed a field test on one of the containers and it cane back positive for methamphetamine.
Adam Murga- Alvarez,29 was arrested on the scene and charged with manufacturing/ delivering of a controlled substance.
He is currently being held at Denton jail on a $500,000 bond.