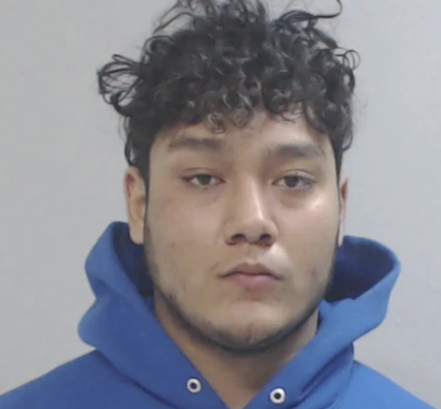 A Texas football player has been arrested and his team removed from the playoffs after the player attacked the referee during a game.
Emmanuel Duron,18 was charged by the Edinburg Consolidated Independent School District police with assault causing bodily injury.
He was being held on a $10,000 cash or surety bond.
The incident happened on December 3 during the Edinburg vs PSJA high school football game when the referee announced two penalties against Duron including one for unsportsmanlike conduct that led to the ejection.
The 5’11, 225lb Edinburg football player then is seen running from the sideline delivering a hard blindsided tackle that knocked the referee to the ground.

He is then escorted off the field by authorities.
The referee was seen getting up and walking off the field on his own. His condition is unknown.
Edinburg Consolidated Independent School District released a statement Friday saying, “On behalf of the Edinburg CISD Board of Trustees and administration, we apologize to the athletes, staff, and our school community. We will take the appropriate disciplinary action once we understand the facts and circumstances underlining this incident. The district takes these matters very seriously; however, we cannot comment further on a pending investigation.”