On September 21, Tom and Angela Strussion were killed in a house fire in Belmont, Ohio. The couple’s death was later ruled a homicide.

After an extortion plot was investigated related to Strussion, a 31 year-old man and 25 year-old woman were arrested. However, it isn’t clear if the plot was connected to the homicide as of yet.

Strussion had previously catered through Tommy Boy’s BBQ, out of Finish Line Bar in Ft. Worth. He then was over a restaurant in Weatherford called The Shed. After that, he opened up his own restaurant, Salsa Joe’s Tex-Mex Smokehouse in Arlington. This location has been temporarily shut down since June 29. The place was infamous for their smoked meat, burgers, tacos, tortas, and roasted chicken.

After his mother died, Strussion sold the restaurant and returned to his home state, Ohio. He then started another Salsa Joe’s there and in West Virginia. 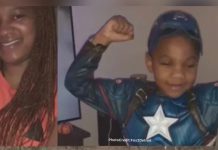