On Wednesday, police responded to a 76 Gas Station, in Orange County, around 6 p.m. They then discovered East had a stab wound to his chest. He was taken to the University of California, Irvine Medical Center and later succumbed to his injuries.

“NASCAR is saddened to learn of the tragic death of Bobby East. We extend our deepest and heartfelt condolences to the family and friends of Bobby, a true racer,” NASCAR said in a released statement.

Trenton William Milsap, a 27-year-old who is familiar to police, was named as the suspect. Authorities had already had a warrant out for his arrest for a parole violation for armed robbery. 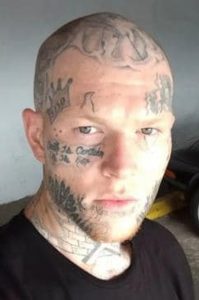 On Friday, Milsap was found at an apartment complex in Anaheim. As he resisted arrest, he was fatally shot.

A motive for the stabbing is unknown.