A confrontation about an elevator has led to the death of a 29-year-old man.

Authorities in Detroit say that an argument over one person not holding the elevator for another turned into a fatal shooting last Sunday morning.

The shooting occured at 400 Monroe Street, close to Brush Street, at the International Banquet and Conference Center in Greektown.

The victim has been named as Ariel Harris, a father of two.

His brother stated that they had gone to a party and had a great time. As they were exiting, Ariel held the elevator door for a group of women. However, another man had pushed through so that he could get on the elevator first.

“I’m about to get on this elevator. I don’t care what nobody says,” the gunman was reported to have said. Then, Ariel was shot.

Authorities are now looking for the suspect, Gayelon Spencer. Camera footage has shown him leaving the location, and police are hoping that someone turns him in. 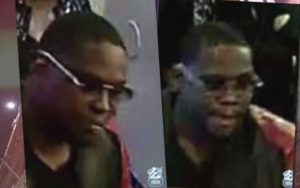 Ariel was a popular barber in the area, and his family has launched a GoFundMe page for his children.