A female informant assisting authorities with a drug sting was raped by a drug dealer after officers left her unmonitored.

The woman, wired with a microphone and wearing a small camera, was sent inside of a Louisiana drug house to purchase methamphetamine. The man handling her transaction, Antonio D. Jones, goes by the nickname “Mississippi”. 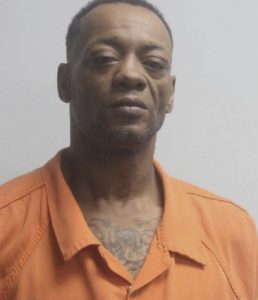 As part of the investigation launched by the Rapides Parish Sheriff’s Department, multiple career criminals, including “Mississippi”, were pinpointed during the drug sting.

The information was led inside the house by the 48-year-old drug dealer. The interaction was being recorded for evidence and she was to be monitored from the outside at all times, however, she found herself alone in the situation when it turned ugly.

Once inside, the woman was threatened and forced to perform oral sex, twice.

Narcotics deputies were only a block away, however, while the interaction between them was being recorded, it was not live broadcasted for deputies to see what was going on.

Despite her cries, no one came to her rescue and saved her. Eventually, she was able to leave on her own and let the deputies know what happened.

The footage and audio that was recorded during the January 2021 incident has taunted many people who viewed it.

A search warrant for the home was later obtained and Jones was arrested and charged with second-degree rape, false imprisonment, and distribution of meth.