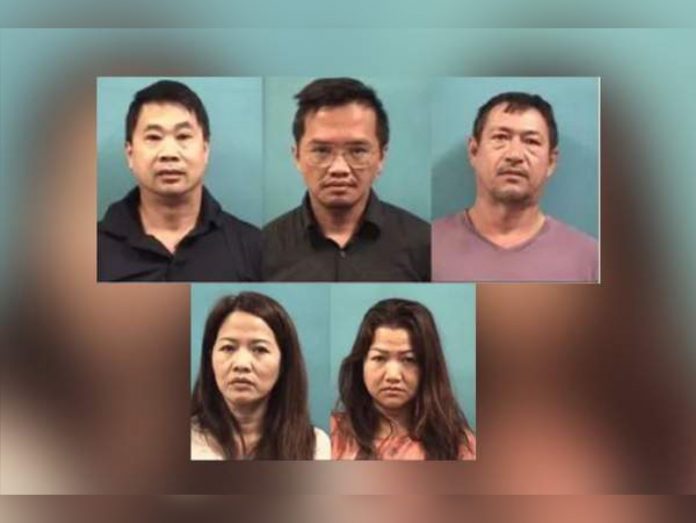 On Wednesday morning, five people were apprehended in a catalytic converter operation bust. It had transpired in Brazoria, Fort Bend, and Harris County, Texas.

Detectives seized about 17 large pallets of catalytic converters and close to 50 buckets of metal that is usually found in them.

By Wednesday evening, investigators said that 1,450 converters and oxygen sensors, totaling about $4.3 million, was stolen from Brazoria and Harris County.

Sources say that $840,000, five cars, and a forklift were seized by authorities.

Investigators had begun reviewing a matter which led to them looking into a possible organized theft ring.

Police had searched three residences, three businesses, and a heavy-trafficked alterations shop in Pearland. On Wednesday, several customers had gone to the shop, hoping to retrieve their items.

The suspects are aged 39 to 59 years old. They are Henri Pham, Le Quoc, Timothy Ngo, Tram Le, and Tran Le. They are all said to be active members of their community and donate money to charity.

Catalytic converter thefts in Houston have increased enormously, sometimes ending in a death.

In May, an ordinance was put into place that requires people to show proof of owning a severed catalytic converter when attempting to sell it to a metal recycler.