A Florida deputy is in custody after he accidentally shot and killed another deputy while they were off duty.

According to reports, Deputy Andrew Lawson and 23 year old Deputy Austin Walsh were inside a Florida residence playing video games with friends when they decided to take a break. 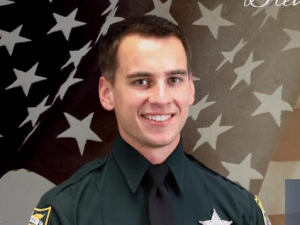 Apparently while taking a break Lawson pulled out a handgun and shot Walsh. He immediately contacted police who responded quickly to the home.

Emergency crews arrived and pronounced Walsh dead at the scene.

Lawson was taken into custody and charged with manslaughter.

Brevard County Sheriff Wayne Ivey called the shooting a senseless and unavoidable act in a statement on social media and said, “Austin and Andrew were the best of friends, and Andrew is completely devastated over what happened. Even with that, there is no excuse for this tragic and totally avoidable death.”