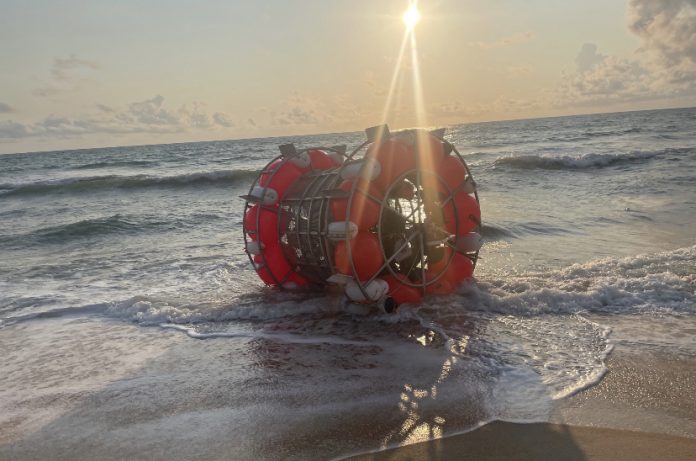 Reza Baluchi had planned a great journey. He was going to travel through the waters from Florida to New York in a device that he made himself.

However, Baluchi washed ashore in the home-made bubble and will have to re-group.

The Flager County Sheriff’s office confirmed the man began his adventure in St. Augustine and washed ashore near Palm Coast. Furthermore, Baluchi stated that he discovered some of his equipment was stolen and returned to shore.

Now, the coast guard is investigating to determine whether the vessel is in compliance with USCG regulations.

In pictures posted on Facebook, the device resembles a floating hamster wheel. Also, floatation equipment can be observed attached to the outer borders.

Baluchi said his goal is to raise money for the homeless, police, coast guard, and fire department.

Additionally, he has tried unsuccessfully twice to reach Bermuda in the same manner in 2014 and 2016.