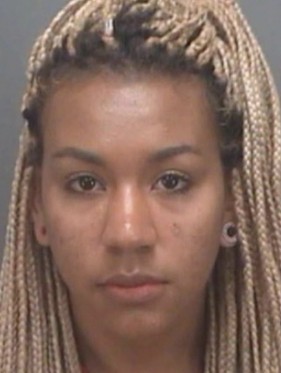 A Florida mom was arrested Friday for intentionally suffocating her 10 month old son.
According to reports Victoria Jackson,24 called police on May 24 and told them her son Malachi Jackson was unresponsive in his crib.
Officers and paramedics arrived on the scene and transported Malachi to a nearby hospital where he was pronounced dead.
After thorough investigation detectives brought Jackson back to the station where she admitted to creating a GoFund me account to help raise money for her sons funeral and putting a pillow over his face and suffocating him to police.
Jackson was arrested and charged with first degree murder and booked into Pinellas County Jail without bond.
It is still unclear what led up to Jackson suffocating her baby.