A former Louisiana sheriff was sentenced to 100 years in prison last week after pleading guilty to multiple sex crimes involving children including feeding them cupcakes laced with semen.

Perkins, a former deputy with Livingston Parish Sheriff’s Office, was arrested in 2019 and facing over 150 sex crimes including children.

Another stipulation to Perkins plea is that he will not be eligible for appeal, probation, or parole. The judge also dismissed all other charges against him.

In 2019 Perkins was accused of lacing cupcakes with his semen and his then wife, Cynthia passed them out to students at a high school she taught at. 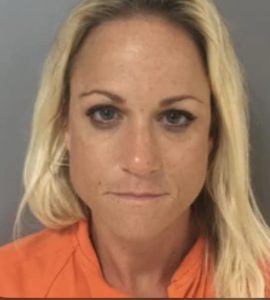 Cynthia plead guilty last year to her role in the case and was sentenced to 41 years in prison and agreed to testify against Perkins.

While in court Perkins reportedly cried and apologized to some of his victims for his actions.

He also said, “I’m sorry. It’s been more than three years living in a box and it’s not about me,” he said. “I just want to make this statement. Jesus Christ has forgiven me. And I’m grateful for that. And, I hope and pray that anybody that this affected will also find forgiveness and healing through Jesus Christ.”

Perkins is set to appear in court on January 9 for trial although he has already accepted his plea deal.