An ex-police officer in Minneapolis has been freed from prison and placed on parole. This was after he fatally shot an unarmed woman who had called 911 in regards to a possible sexual assault. The incident was said to have been taking place in an alley behind her residence.

36-year-old Mohamed Noor’s murder conviction had been overturned months ago, and he had been charged with a lesser crime.

Now, Noor has been put under the supervision of Hennepin County Community Corrections.

In 2019, Noor testified that he and his partner were driving down an alley when he heard something hit their police vehicle. The incident happend in July 2017.

He said that Justine Damond, 40, had walked up to his partner’s side of the car and raised her right arm. He then fired his weapon from the passenger seat because he thought she posed a threat. 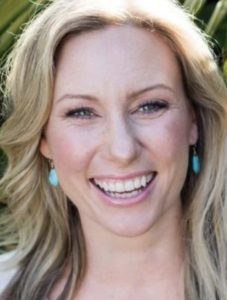 Damond was a U.S. and Australian citizen and a yoga teacher, preparing to get married.

On Monday, Noor was released, and there is no word on where he will be living. He had first been found guilty of third-degree murder and manslaughter. However, the Minnesota Supreme Court threw out his murder conviction and 12 1/2-year sentence. It cited that the charge didn’t apply in this case. Noor was then given a 4 year, 9-month sentence for manslaughter. He will continue to be on supervised release until January 24, 2024. It is believed he was let out early on good behavior.

Noor, a Somolian-American, is thought to be the first Minnesota officer found guilty of murder during an on-duty shooting. After he was found guilty, the city agreed to pay Damond’s family $20 million.