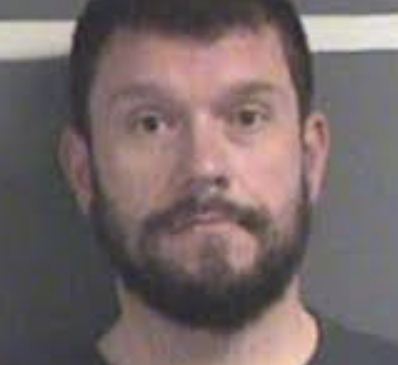 Former Stinnett police Chief Jason Collier was arrested by Texas Rangers Thursday.
According to reports Collier was part of a twisted love triangle that went viral on fb.
He resigned from his position as Chief of Police due to all the accusations on social media. 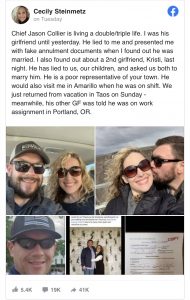 Texas Department of Public Safety Sgt. Cindy Barkley said Tuesday that she asked the Texas Rangers to conduct an investigation Tuesday after Collier allegedly sent a text message to the victim with a fraudulent marriage annulment.
The drama began on January 18 when Cecily Steinmetz changed her fb profile picture to her and Collier.
Soon after she started getting comments about Collier being married and being involved in another relationship.
As of Friday afternoon the post had over 92,000 shares.
Collier was arrested and charged with tampering with a government document with the intent to defraud. His bond is set at $10,000.