On September 1, McDonald’s will have glazed donuts as a part of their McCafe Bakery menu.

They have described the sweet treat as a Pull Apart donut. It will be “light and airy,” dumped in confection, sugary- glazed, and bite-sized, the company stated.

You will be able to purchase one for $1.59. It will only be available for a little while.

The donut will be among other sweets at the fast-food restaurant, such as apple fritters, blueberry muffins, and cinnamon rolls.

McDonald’s has been modifying their menu alot lately. In July, they added the Saweetie Meal that included the rapper’s favorite picks from the restaurant.

Other meals that have been named after celebrities by the company include stars like BTS, J Balvin, and Travis Scott. 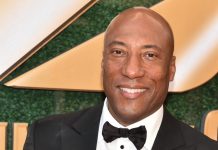