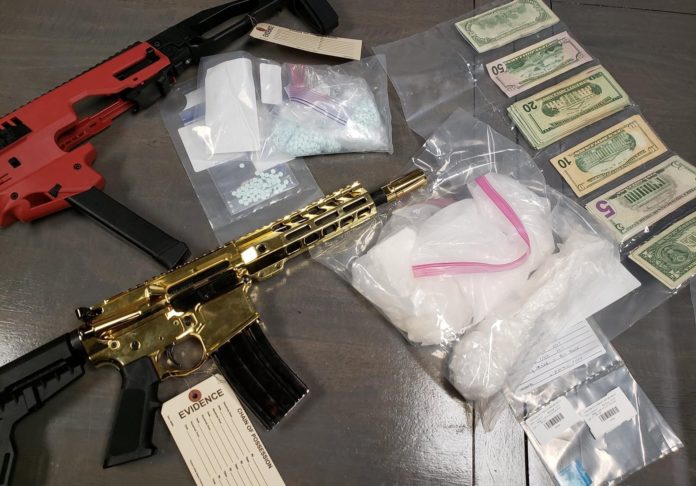 A routine traffic stop in Haltom City led to the arrest and seizure of multiple firearms, including a gold AR-15, hundreds of prescription pills and pounds of cocaine as well as thousands of dollars in cash.
The suspect was arrested and faces multiple first degree felony charges that stemmed from search warrants issued for his home.
Haltom City PD released a statement saying,
“Great work from patrol officers and investigators took this menace off the streets for a long time!” 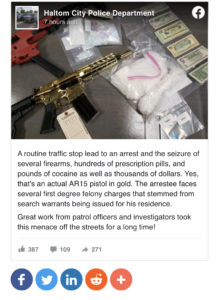