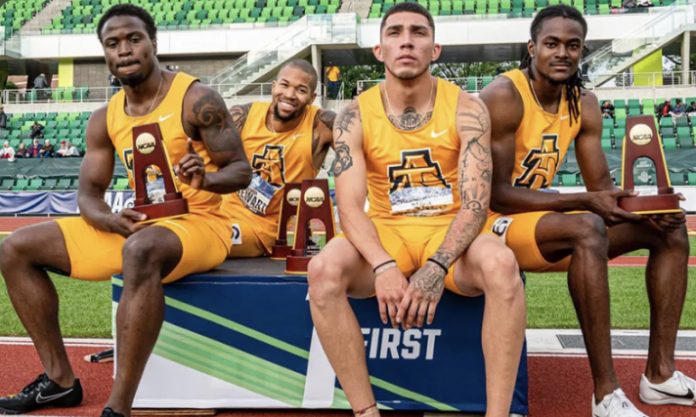 Four North Carolina A&T track athletes and their coach are representing more than their university and their countries. They are prepared to compete in Tokyo.

The team traveling from Greensboro is representing over 100 HBCUs. The Aggies’ 2021 Olympians are all apart of the men’s 4×400-meter relay team, which closed the season ranked No. 1 in the country.

Sophomore (Duane) Randolph Ross Jr., and Trevor Stewart, a senior from Lorton, Virginia, will represent the United States. Daniel Stokes, a junior from Pomona, California, will compete for Mexico, and Akeem Sirleaf, a graduate student from St. Paul, Minnesota, will compete for Liberia.

These Aggies are the first Olympians from N.C. A&T since 1992, when Troy Douglas and Ruth Morris competed.

“It’s an incredible feeling to be able to have the opportunity to compete in the Olympic Games,” Ross Jr. said. “It’s an even better feeling being able to also represent my school…”