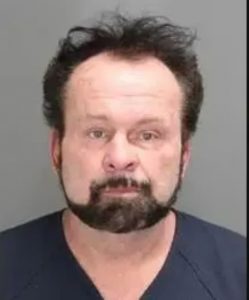 On Wednesday, VanLuven was convicted as a one-day trial took place. However, he was acquitted of malicious destruction of property.

In April 2021, VanLuven was apprehended as he conducted a home inspection in Oxford Township. He was in one of the bedrooms when, Jaida Dodson, one of the homeowners, had gotten a notification that somebody was in the nursery.

“I just went blank,” the woman stated. “My husband was staring at me from across the room and was like, ‘What’s wrong?’ He asked me repeatedly, and I couldn’t even articulate what I was seeing.”

VanLuven had still been inspecting the residence when Oakland County officials arrived to the location. He told authorities that he had moved the doll to get to an electrical outlet. However, he admitted to the behavior once he found out about the camera in the nursery.

Reports also indicated that VanLuven “admitted to placing his penis in Elmo’s mouth” and “apologized and said he was ashamed.”

Even though indecent exposure is a misdemeanor in Michigan, VanLuven is looking at up to two years in prison and a $2,000 fine. His sentencing hearing is set for December 2.