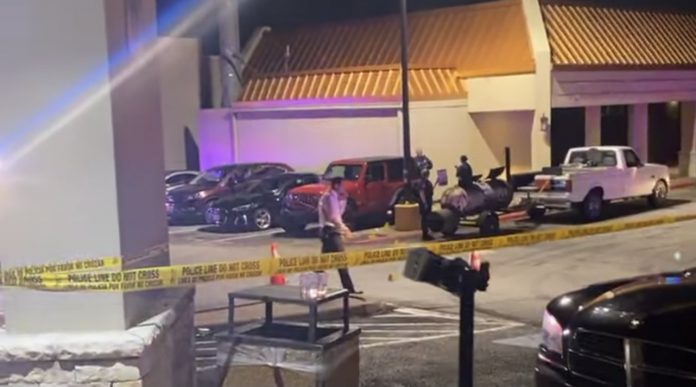 At 1:16 am on Saturday, August 7, 2021, officers arrived on the scene after receiving calls about a shooting. The incident occurred at 14902 Preston Rd. at Hideaway Bar.

Three victims were discovered with gunshot wounds. They were all taken to medical facilities.

A 45 year-old black man, Ngarge Spears, was pronounced dead at the hospital.

A black male is suspected of the shooting. He was observed getting into a late model silver or gray Cadillac vehicle. It appeared to be driven by a black female.

The same woman was seen in the bar previously speaking with the victim. They were last known to be going eastbound from the area.

The Dallas Police Department wants anyone with information about the case to call (214) 671-3675.