A Houston man has been released from prison after 6 years, for a conviction based on false testimony.

One of the key points in Jeffrey’s trial was the testimony from then- Houston Police Officer Gerald Goines. Goines was exposed for falsifying information following a raid which claimed the lives of two people.

Since then, the Harris County District Attorney’s Office looked back at 14,000 cases where Goines’s evidence was a key factor.

For Jeffrey’s case, the main evidence was a cellphone that Goines said belonged to him. Following the news of corruption, Jeffrey’s case was investigated further by the DA’s office. 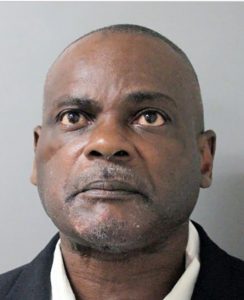 Body camera footage from the day Jeffrey was accused of distributing drugs, shows his co-defendant telling the officer the phone belonged to him, not Jeffrey.

Jeffrey appeared before a judge on Friday and was given a personal recognizance (PR) bond. The judge also offered him an apology for being wrongfully convicted.

He was released from custody shortly after.