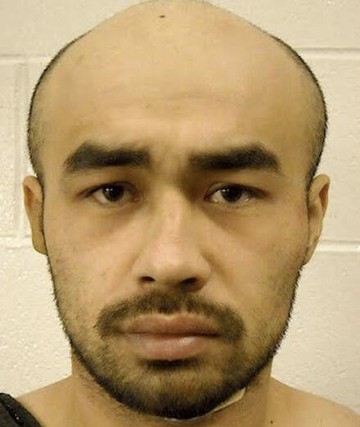 A man was sentenced to death by a Collin County jury Thursday after he killed a Richardson police officer and his roommate in 2018.
Brandon McCall,28 was charged with capital murder for the death of Richardson Officer David Sherrard,37.

It took jurors over eight hours to deliberate and sentence McCall to death.
During closing arguments both prosecution and his defense team had a lot to say.
The prosecution believe that McCall is a threat to society and a very dangerous man that should be sentenced to death and the defense believes that drugs had a lot to do with his actions and asked the jury not to sentence him to death but give him life without the possibility of parole.
Before formally sentencing McCall judge John Roach said “This is for David Sherrard”.
After he read the sentence he asked if McCall had anything he would like to say and he declined.
McCall was also charged with the murder of his roommate Rene Gamez and will be tried at a later date.