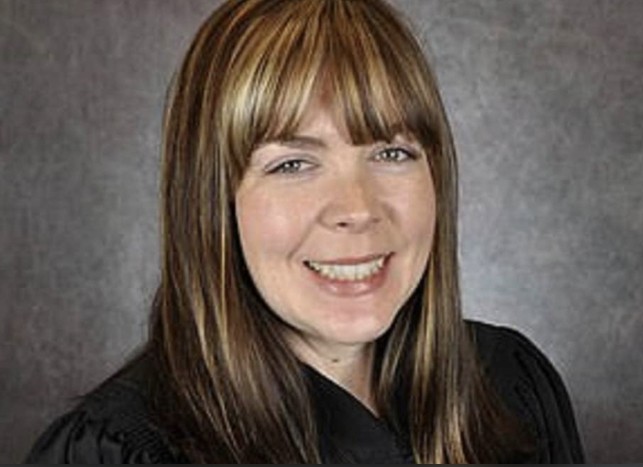 A female family judge in Kentucky is being accused of having threesomes in her chambers and abusing her power as a judge to pressure attorneys to have sex with her and her lover.
According to reports Family Court Judge Dawn Gentry,38 is caning Jone misconduct charges after the Kentucky Judicial Conduct Commission says she flirted with attorneys, pressured them to have sex, and even went as far as to ask a female attorney to engage in a threesome with her and her former pastor Stephen Penrose.
She is also being accused of allowing loud guitar music and alcohol into her chambers.
Gentry is denying all allegations and is expected to face a disciplinary hearing within the next couple months.