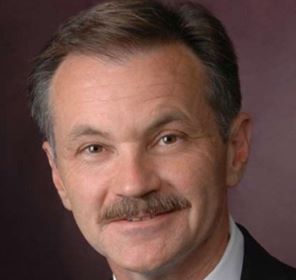 Kentucky’s Mayor Bruce Wilkerson finds a woman hiding in the cellar of his home in Bowling Green that he’s renovating.
Wilkerson told police he heard a noise at his home Wednesday and went to check outside but he didn’t find anything.
He went back to doing renovations and heard the noise again in his cellar and when he went to check he found a woman’s backpack and clothing.
He left the items locked the door and contacted police.
Then someone flipped the breaker switch in his home which made him go back to the cellar and discover a woman in her 20’s hiding there.
The woman was wearing torn clothing and told Wilkerson that she was hiding from someone and asked him to please not contact authorities.
The woman then left the home before police could arrive leaving her backpack with clothes inside.
When police arrived the mayor told them the woman did not steal anything and that he did not want to pursue criminal charges he just wanted to make sure she’s okay because she may have been homeless and staying in the home.
Officers have been patrolling the area in attempts to find the woman.