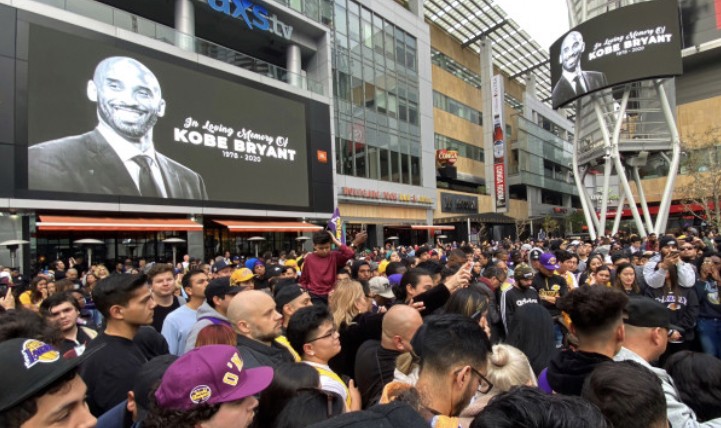 A public memorial service was held at the Staples Center in downtown Los Angeles today in memory of Kobe Bryant, his daughter Gianna and 7 others that died when Bryant’s plane crashed in Calabasas, California last month.
Beyoncé kicked off the memorial service with her song XO and then transitioned to Halo from
Her I Am Sasha Fierce album.
Alicia Keys as well as Christina Aguilera also performed at the memorial service.
The funeral date 2/24/20 represented Kobe’s jersey number 24 and his middle daughter Gianna’s number.
Vanessa Bryant held a private funeral two weeks ago at the Pacific View Memorial Park in Corona Del Mar.
All proceeds from Monday’s ceremony will go to the Mamba & Mambacita Sports Foundation.