On October 6, Cavanna Smith, a 25 year-old pregnant teacher from Houston, texted her friend to let her know that she would be meeting with her boyfriend, Kwanmaine Travion Boyd, 25, to get money from him. She pinned her location just in case something went wrong. 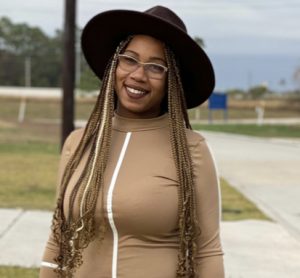 The next message her friend received was Smith saying she had been kidnapped by Boyd. Later, a witness saw the couple arguing and Boyd pull out a weapon and shoot Smith in the head. He then drove away.

When police searched Boyd’s home, a note that read, “Kwan, I know this isn’t what we expected, but WE ARE expecting!” was found. A pregnancy test and sonogram pictures, dated October 5, were also discovered.

Inside of Boyd’s dresser, a receipt from a store shows that two guns and rife ammunition were purchased on September 15. The ammunition matched what was found at the scene.

On Monday, authorities announced that they apprehended Boyd, and he faces capital murder charges. It was said that he wasn’t pleased about Smith’s pregnancy as he didn’t want anymore children.