The unified government of Wyandotte County has to pay $12.5 million to a man who was wrongfully convicted of a double murder in 1994.

Lamonte McIntyre was 17 when he was convicted of murder and spent 23 years in prison. He was exonerated and released from prison in 2017. 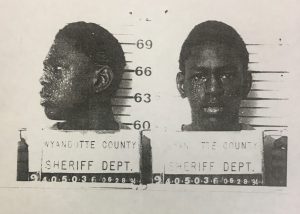 In 2018, him and his mother, Rose McIntyre, filed a lawsuit in the U.S. District of Kansas. It stated that the Unified Government and several police officers violated their civil rights. His mother made allegations that a Kansas detective framed her son after she rejected his sexual advances.

The former detective, Roger Golubski investigated the case that led to the wrongful conviction.

The McIntyres accused Golubski of using his badge to extort vulnerable Black women for sexual favors. Also, for coercing them into fabricating testimony to clear cases he investigated. He had a reputation of being paid by drug dealers to protect them and would “operate his network of female informants”.

“Lamonte McIntyre was first arrested 28 years, 2 months and 15 days ago for a double homicide that he had nothing to do with. Lamonte now hopes to put this painful chapter behind him and move forward with his life. He is grateful for those who have supported him and for those who brought forward the truth. Lamonte remains deeply committed to the cause of justice, particularly in Wyandotte County, and will continue to be a voice for those who have suffered wrongful convictions or other injustices.” McIntyre’s attorney Cheryl Pilate said in a statement on his behalf.