On Tuesday, 36 year-old Brandy Littrell, a Lyft driver, was abducted, chased through the woods, and shot several times in Jackson, Mississippi. 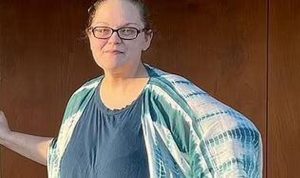 Right before then, she had been talking with her passenger about his employment at McDonald’s.

She says the passenger pulled out a gun, and she instantly gave him her credit cards and phone. However, he still drove her to a wooded location. Then, he forced her to crawl out as he shot her six or seven times. When the man left in her car, she was able to get to an apartment, that was close by, and seek assistance.

“I thought I was going to die,” she stated from her bed at a medical facility.

Dontarius McGee,17, was apprehended that day and admitted to the crime. He faces carjacking, kidnapping, aggravated assault, and armed robbery charges.

Lyft is improving their safety measures, and the suspect has been permanently taken off of its platform.