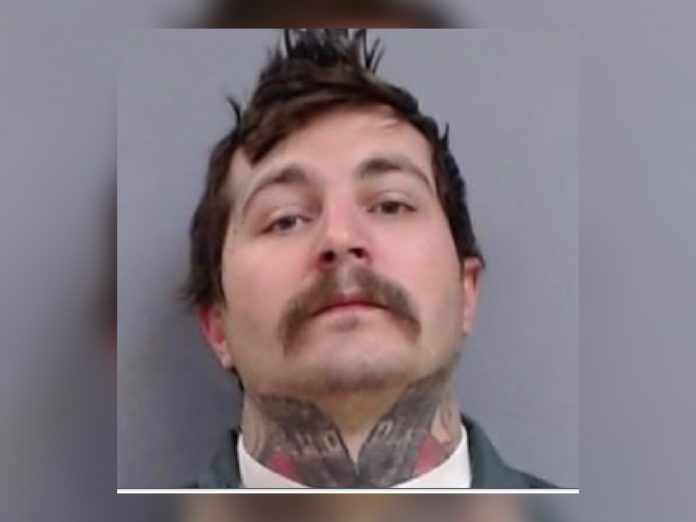 Hunter Fulton, from California, was apprehended in Wyoming after killing and trying to dismember a man. The victim is accused of trying to rape Fulton’s girlfriend last month.

After being taken into custody last week, Fulton was charged with second-degree murder and mutilation of a dead body.

On June 24, Fulton and his girlfriend had gone out in downtown Laramie. The night ended when the victim, identified as “M.T.C.,” was shot and killed in the couple’s hotel room.

Earlier that evening, Fulton and his girlfriend had been at Coopers Bar & Liquor Store. There, M.T.C. tried to make a “sexual pass” at Fulton’s girlfriend, the woman said. Fulton asked the man about the incident, and M.T.C. apologized, purchasing drinks for the couple. The couple then went to their hotel room at the Gas Lite Motel and did cocaine together.

On the morning of June 25th, Fulton left the hotel room and didn’t close the door all the way. That’s when, supposedly, M.T.C. entered the room and tried to rape the woman at knifepoint. The girlfriend said that Fulton returned to the room, fought M.T.C., and then fatally shot him.

The girlfriend went back to California that day, but Fulton stayed behind with M.T.C.’s body.

On June 29, Fulton was located in his truck at the motel. He admitted to killing the man, citing he was protecting his girlfriend.

Authorities later found M.T.C.’s body in the bathtub of the hotel room with several lacerations to his torso. An autopsy determined that the manner of death was homicide due to a gunshot injury. The injuries on the torso occurred after the man had died.

The day after M.T.C. had disappeared, authorities had put out a bulletin seeking the public’s help in finding Matthew Caggiano. He had last been observed on June 25.

On June 30, the updated bulletin noted that Caggiano had been located. That was seven minutes prior to Fulton’s arrest being publicized.