Dallas police arrested a man accused of killing Asia Womack after she beat him at a game of basketball earlier this month. 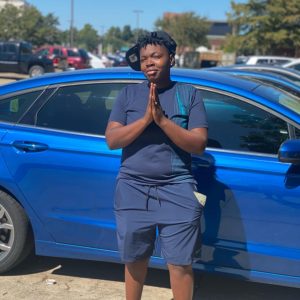 Womack was playing in a pick up game against Hogg when she won and he became upset.

He then pulled out a gun shot Womack and fled the scene before officers could arrive.

On Thursday Hogg was arrested and charged with murder.