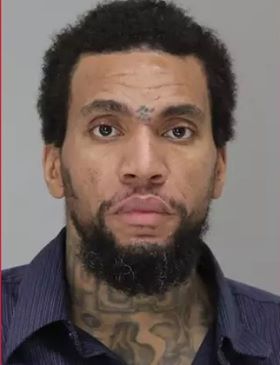 A man was arrested after he allegedly admitted to shooting a person at Williams Chicken in Dallas Friday.
Officers responded to the 4700 block of South R.L. Thornton Freeway and when they arrived they found Carlos Davis,36 inside a car taking the victim to get help.
Once Dallas Fire Rescue checked the victim they discovered a gunshot wound in his shoulder.
He was transported to a nearby hospital with his condition unknown.
Davis later admitted to police that he shot the victim at Williams Chicken on Sunnyvale and authorities also recovered a weapon at the scene.
Davis was arrested and charged with aggravated assault with a deadly weapon and unlawful possession of a firearm by a felon.