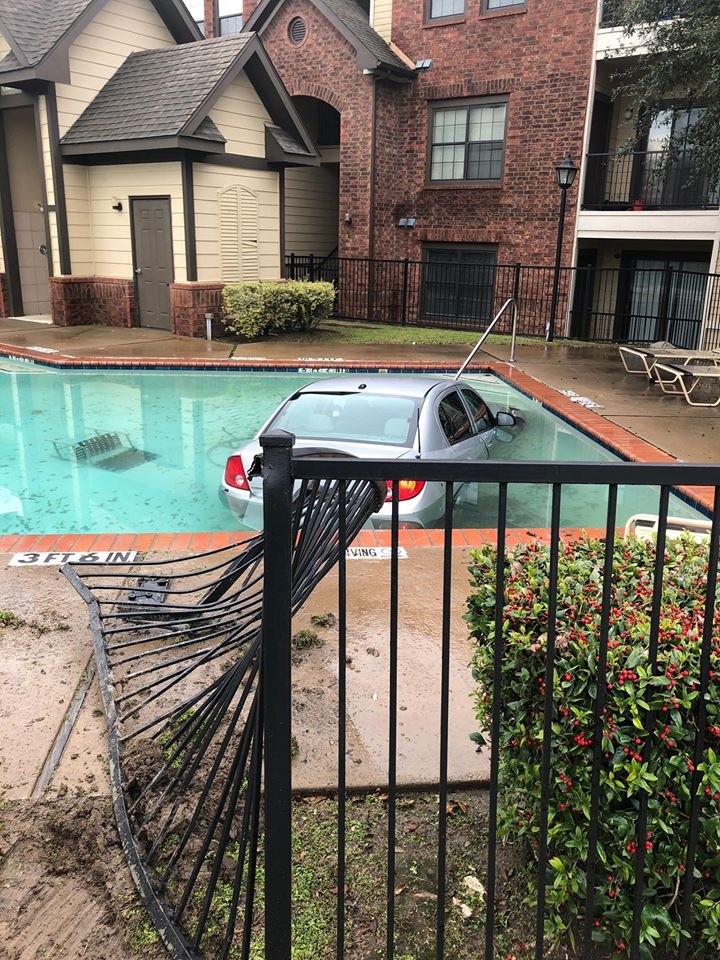 Balch Springs police are investigating after a car was found crashed inside the pool at Spring Oak apartments Wednesday afternoon.
Officers responded to a suspicious vehicle call on the 4300 block of Shepherd Ln and when they arrived they found a car floating inside the pool.
A Good Samaritan told police that they saw the crash and when they asked the driver of the vehicle if they were alright they pulled a gun on them and fled the scene.

Authorities found the driver of the vehicle about half a mile from the scene and also recovered drugs and weapons nearby.
The driver was arrested and taken into custody.
This investigation is ongoing.