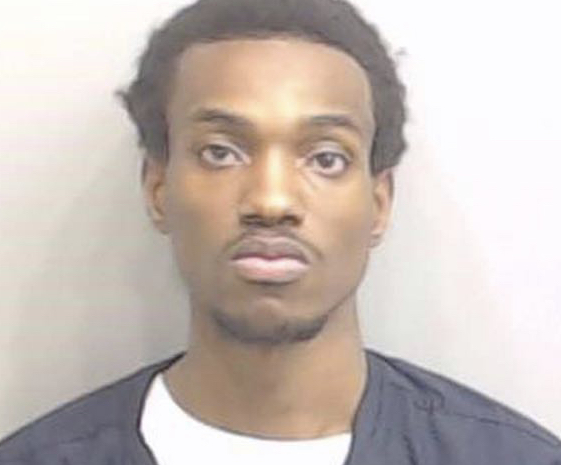 Atlanta PD have arrested a man they say brought several guns into the Publix grocery store at Atlantic Station Wednesday afternoon.
There is no indication of him pointing the gun or using any weapons prior to the police arriving.
Police officials say that Rico Marley, 22, walked into Publix right after 1:30 p.m. armed with a rifle. He then proceeded to go into the bathroom.
This comes days after 10 people were gunned down inside of a Colorado grocery store.
A man who could have prevented the massacre is wondering what could have happened.
“It possibly could have stopped something,” said Charles Russell, a man who saw the armed man inside of the Publix restroom and alerted employees and called 911.
“I saw an AR-15 and was like, you know, this kind of startled me just again with recent events that happened in the grocery store in Colorado,” Russell said.
Investigators did not speak on what Marley intended to do with the weapons he brought in the store.
Russell is in fear there could have been another mass shooting.
“To be able to stop it, if it were going to be something, that’s what I cared about as it progressed,” Russell mentioned.
Russell added that he did not speak to the man in the bathroom when he saw him. He said the man didn’t even make an attempt to hide the AR-15.
“The weapon was leaned up in the stall of the bathroom, and it was not in a case. I saw it clear as day. Just took my time to report it,” Russel said.
This case is still under investigation. The bomb squad also was called out to the scene to investigate a suspicious package and the parking area until it was cleared.
Marley was evaluated for his mental health condition before being taken into custody by police.
Marley is facing a number of charges including: 6 counts of Possession of a Firearm or Knife During a Commission or Attempt to Commit Certain Felonies and 5 counts of Criminal Attempt to Commit a Felony.
Publix released a statement:
“At Publix, the safety of our associates and customers is our top priority. We are cooperating with local law enforcement on an incident that occurred earlier today in our Atlantic Station store. We are thankful that there were no injuries, and all were able to exit the store safely.”
Further investigation to Marley’s background presented a previous charge of simple assault but was thrown out on a technicality 3 years ago.
At the time of his arrest, Marley had a weapon carry license on him Wednesday. His state of mind was unclear at the time all those weapons were in his possession.