An Alabama man was arrested Thursday in connection with the murder of 18 year old Randon Lee, son of popular TikTok star Ophelia Nichols.

According to reports 20 year old Reuben Thomas Gulley turned himself into Mobile County Metro Jail in Alabama on Thursday, Gulley had a warrant out for his arrest for the June murder of Lee. 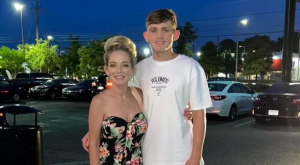 Apparently on June 24 Lee met with at least two people at a gas station to sell marijuana.

Surveillance footage of the murder shows a male suspect get into Lee’s vehicle around 8 p.m., moments before the shooting. The suspect is then seen getting out of the vehicle and into another, with what appears to be a handgun.

Gulley went to court Friday and the judge denied bond. No further details have been given regarding this case.