Court documents show that a 22-year-old man has been given his punishment in relation to the fatal shooting of his 16-year-old girlfriend.

Alexander Valenzuela was sentenced to 90 days in the Harris County Jail and six years of deferred adjudication community supervision. He must also go to an Intermediate Sanctions Facility for cognitive behavioral treatment for at least 45 days.

Valenzuela had first been charged with murder in the death of Ciana ‘CiCi’ Castro in April 2021. 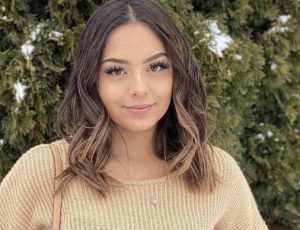 Castro’s mother, Dulce Rodriguez, had to be quieted as she expressed her opposition to the “light” sentence. Castro’s father had to be taken out of the courtroom.

Valenzuela, who had been 20 at the time, had been at his family’s residence in Harris County, Texas. Detectives say that he told them that he had unintentionally shot Castro in the face, but then he stopped cooperating as there seemed to problems with his story.

Valenzuela’s charges were lessened to aggravated assault on a family member and serious bodily injury through a plea deal in October 2022. Before he received his punishment, he provided several character reference letters and family pictures.