A man was sentenced to life without parole Wednesday for the 2021 shooting death of a Mesquite police officer. 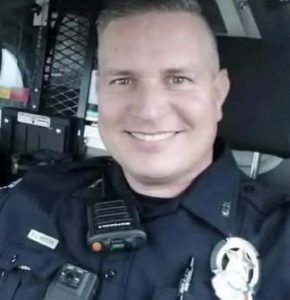 On December 3,2021 Houston responded to a disturbance call at an Albertsons on the 1500 block of South Beltline Road. Upon arrival found four people arguing.

According to statements from Jaramillo’s daughter, she had rode to the store with her mother to see if he was having an affair. They saw the truck at an Albertsons and decided to confront him.

When Houston arrived to the scene he attempted to go and talk to Jaramillo. Jaramillo then pulled out a handgun and shot Houston before turning the gun on himself.

Emergency crews responded and transported both Houston and Jaramillo to area hospitals but Houston died from his injuries.

Jaramillo’s defense attorney claimed he had issues with his eyes and that he never saw Houston.

After reviewing 911 calls and video from Houston’s body cam it was determined that Houston in fact was in a marked squad car and in uniform.